In a way, it works like a home security system for your lab or facility, with advanced measurement and reporting capability.

In other words, it is a combination of local alarm, remote alarm + data recording system. And it is cloud based. 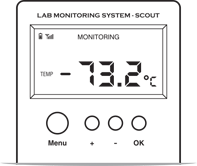 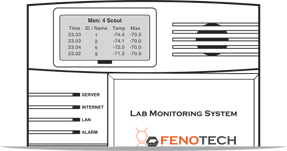 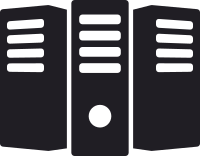 Temperature is measured by platinum Resistance-Temperature-Detector (RTD) and digitized by a 24Bit Sigma-Delta ADC. Platinum RTDs provide the highest accuracy in a range as wide as -100 - 150°C among all industrial temperature sensors. The 24Bit ADC provides a resolution of 0.025°C. The combination of platinum RTD and 24Bit ADC is typically found only in high-end precision instrument. Now we offer it to you free of charge.

Multiple measures are employed to prevent possible leakage along the sensor cable. First, cables with diameter less than 0.8mm are used to build the customized platinum RTD. As a comparison, cable diameters of typical temperature sensors are in the range of 2 - 5mm. Also a customized silicone seal is installed along the sensor cable at the edge of freezer's internal seal.

Connecting to the Cloud

To ensure service availability, three backend servers are deployed at three different geographic locations: one as main server in San Francisco, one as backup in New York, one spare server in Texas. And the web server is physically isolated from backend servers.

Our monitoring systems are preconfigured on an individual basis before shipping to you. Only minimum setup is needed from you to get them to work.

Now you can start to watch temperature of each freezer displayed on the LCD of base station, and on our server.

And, most importantly, you can go on vacation or go home with peace of mind. You will get SMS reminder when a threshold is breached. Don’t lose any of your valuable reagent and samples collected by hardworking!